In September and October, Brent Museum and Archives welcomed audiences to Coal, Dole and Dinner Ladies. This immersive theatre event told the story of how Brent residents supported the miners’ strike in the 1980s.

In March 1984, the National Coal Board announced it was to close 20 mines in the UK. Miners and their families were terrified of what the job losses would do to their villages and communities. Yorkshire miners called for a national strike, supported by the National Union of Mineworkers. Miners in Kent, South Wales and Durham joined the strike, but Nottinghamshire miners did not.

In the summer, a group of Kent miners marched to Nottinghamshire to convince the miners there to join the strike. On the way they stopped in Brent. With the Grunwick Strike fresh in many locals’ minds, Brent was quick to rally around the miners. Residents housed the miners in their spare bedrooms. They also collected money and food for the hungry travellers.

The Kent miners visited Aylestone School (now Queens Park Community School) for a union meeting. The dinner ladies and caretakers at the school greeted them with a hot meal and a standing ovation. 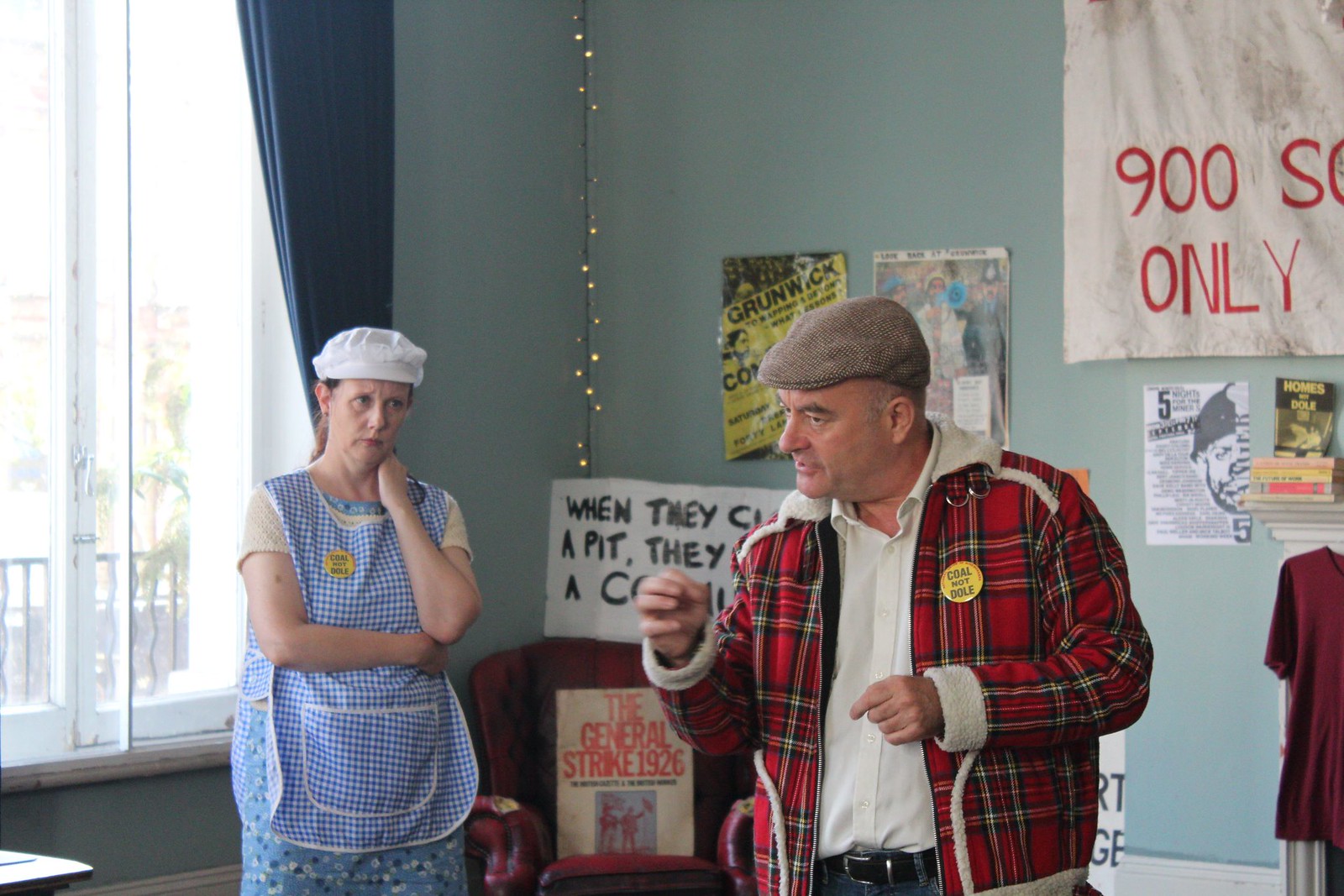 Coal, Dole and Dinner Ladies was hosted at The North London Tavern in Kilburn. Trades unions had used the pub as a meeting point. Brent Trades Council kindly loaned historical objects to decorate the set. Audience members met and heard from Pat Thomas, a local dinner lady and Keith Taylor, a Kent miner. Pat and Keith gave personal accounts of the miners’ strike and Brent’s response. After the performance, we invited our audience to join us for tea and pudding. In true school dinner fashion, desserts on offer included chocolate cake and jam roly poly, with custard on top of course!

We also held a special performance for students at Queens Park Community School. One student wrote an article about the experience, saying: 'The sense of cohesion and unity is what made Coal, Dole and Dinner Ladies so heart-warming and unique, leaving me happily strolling away with the Coal not Dole sticker stuck firmly on the side of my backpack.'

A whopping £1000 and 15 bags of food was collected for Mutual Aid Food Willesden, through ticket sales and additional donations.

Coal, Dole and Dinner Ladies was part of Being Brent, an ongoing project that aims to improve the wellbeing of the community by connecting local people to Brent’s history.