We are working hard to clear priority roads and pavements. Today, we are re-deploying street cleansing and parks staff to support gritting teams.

Please note that waste collections may be slightly delayed as routes are gritted first to make them safe for the crews.

Carnival in Brent – Celebrate at Home

This year Brent and our neighbouring boroughs will be Celebrating Carnival at Home!

Brent’s leading carnival organisations, groups and local community members have come together so you can enjoy safely with family and friends.

From its inception as an indoor event in Kings Cross in 1959 to the biggest carnival in Europe. Our Brent community has had a longstanding presence in Carnival, from resident pioneer calypsonians to the largest Carnival in London to its annual procession culminating in the south of the borough.

To explore memories and photos of the Carnival from members of our local community, please use the arrows to scroll through the album. 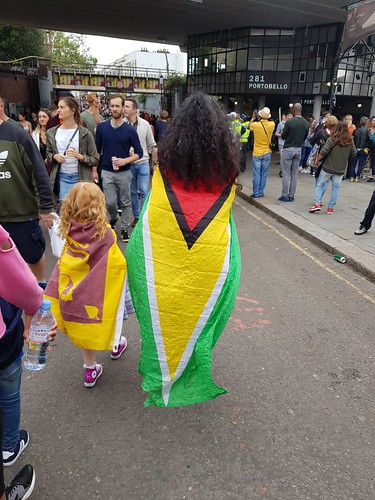 This year due to the ongoing COVID-19 pandemic, it was announced that the live Carnival event as we know it will now be enjoyed online. A series of free live-streamed events will be shown across four channels on the Notting Hill Carnival website.

Brent Museum and Archives would like to highlight some exceptional home-grown Carnival talent. These artists and performers work tirelessly throughout the year not only to put on this global spectacle, but who engage and pass on the cultural heritage of Carnival to future generations of Brent’s community.

Patrick McKay, band co-ordinator, “It is not an ‘impossible dream’ for our children and young people to strive to be the best they can be”.

St Michael and All Angels Steel Orchestra was formed in 1996 with partner organisation Phoenix Rising. The Orchestra is managed by a team of Brent-based musicians, youth workers and teachers, who have been working in Brent for over 25 years. Projects combine best practice from the fields of music, education, career development and community organising to ensure that every child and young person can excel.

Present throughout Notting Hill Carnival’s history, steel bands are an integral part of the Carnival tradition. Steel pans or drums were created on the Caribbean island of Trinidad. They were shaped and refined by the Africans who were brought to the island in the 18th Century. These slaves brought with them elements of their African culture including the playing of hand drums. These drums became the main instruments played in the annual Trinidadian carnival festivities. In 1877, the ruling British government banned the playing of drums in an effort to suppress aspects of Carnival which were considered offensive.

To overcome this, alternatives including Bamboo stamping tubes were used along with non-traditional instruments such as metal containers, graters and dustbins. By the 1930s, these metal instruments with their rustic combination of metallic containers and kitchen utensils struck with hands, fists and sticks dominated the bands.

Through experimentation and ingenuity the metal pan bands evolved into the steel pan family of instruments.

Notting Hill Carnival is where the best pan players and steel pan bands from all over the UK showcase their skills.

To keep our Brent community safe as we Celebrate Carnival at Home, let’s enjoy and relive the moment in 2016 that won: Best Band on the Road Category with: ‘I will Survive’

In 1990, Brent-based Mahogany put together their first Carnival Mas Band. Mahogany is a team of multi-disciplinary artists who create large scale carnival characters. Their fusion of the human body with light weight animated sculptures create engaging street theatre in the spectacle of ‘Mas’. Mahogany develop techniques of costume design and construction to heighten the understanding of Carnival and the Carnival Art form. The themes for their bands are inspired by activism and the arts, embracing the theatre of Mas to tell compelling stories.

As with Steel Pan, Mas Making originated in Trinidad. French plantation owners organised masquerades and balls before the fasting of Lent. The slaves, who could not take part in these celebrations, formed their own.

Canboulay from the French cannes brulées, meaning burnt cane, is a precursor to Trinidad and Tobago Carnival. This festival is where calypso music has its roots and was originally a harvest festival with drums, singing and dancing. After emancipation, Canboulay became an outlet and a festival for freed slaves who were banned from participating in the masquerade carnival events derived from the European Christian traditions of the colonial elite.

Recognised as an art form in the 1980’s and funded by Arts Council England Notting Hill Carnival hosts over 70 Mas Bands today.

Celebrate at Home and keep our community safe by watching a selection of Mahogany’s Carnival Bands below:

Brent residents were some of the hardest hit during the peak of this pandemic so we must do all we can to ensure that we minimise risk and avoid large gatherings.