Windrush Day on 22 June is a day of great importance. It marks the moment when Commonwealth citizens from the Caribbean, upon the request of the British Government, arrived at a small port in Tilbury to help rebuild a broken Britain after World War II.

2018 marked 70 years since the Empire Windrush docked in the UK. Brent Culture celebrated this milestone anniversary with an exciting programme of events which included a free exhibition - Brent’s Pioneering Windrush Generation.

The display explored the Borough’s rich Caribbean heritage with photographs of Brent residents by artist and photographer Nadia Nervo.

To explore Brent’s Pioneering Windrush Generation exhibition online please use the arrows to scroll through. 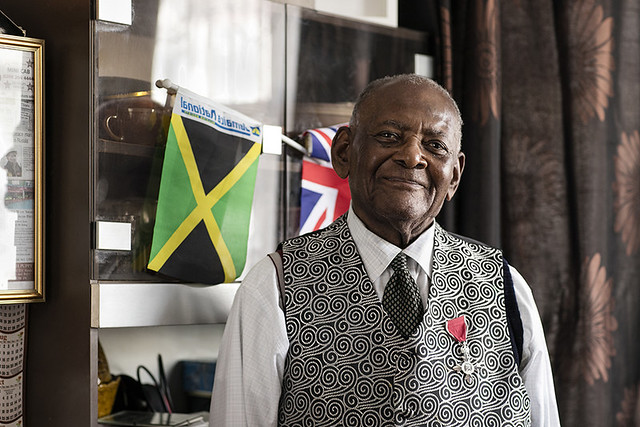 Many of the Windrush generation joined the fledgling NHS as nurses or the London Transport Network as train and bus drivers. Now, over 70 years later, we see an unwavering commitment from our frontline workers many of whom are descendants of this pioneering generation. Brent has been devastated by the Covid-19 crisis and we will continue to find ways to honour and pay tribute to our community members who have lost their lives.

By revisiting our exhibition for Windrush Day 2020 we want to recognise the legacy and contribution of our Black British Community during these unprecedented times. The deep significance of this time does not go unnoticed. Since the murder of George Floyd which has triggered global protests the outrage shines a light on the injustice of systemic racism across the world.

We stand in solidarity with the Black Lives Matter movement to fight against the inequalities within our society. We are committed to work towards a shift in consciousness that reveals a greater age of freedom and justice for all. It is paramount to educate and promote awareness of our rich cultural heritage to combat racism, division and the subjugation of others.

For more on the Windrush exhibition:

Malika Booker is an international writer whose work is steeped in anthropological research methodology and rooted in storytelling. Two poems were specially commissioned to celebrate the seventy year anniversary of the arrival of the Empire Windrush.