Alperton is situated in the south of Brent, between Wembley and Ealing.

Alperton is first recorded as ‘Alprinton’, in 1199, when it consisted of 12 buildings. It probably started off as 'the farm of Eahlbeort'. There was a wooden bridge in Alperton over the river Brent by 1432-33. The lords of the manor of Harrow and Ealing paid for its upkeep.

Flick through this album of old photos of Alperton from the Brent Museum and Archives collection: 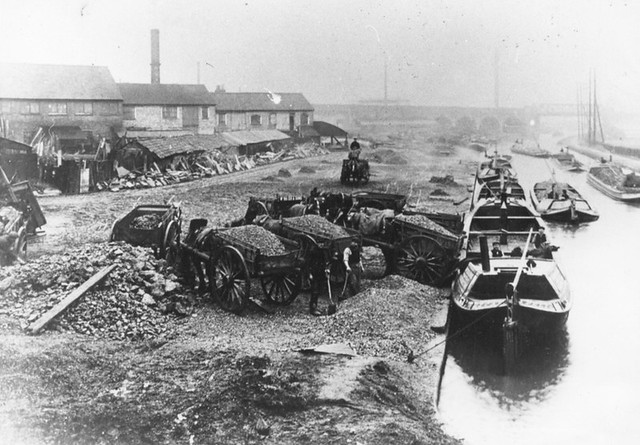 In 1801, the Grand Junction Canal was dug, crossing Alperton. Its effect on trade was immediate. It created work in handling shipments of sand, hay, gravel and coal. It also attracted tourists, with passenger boat trips to the Pleasure Boat pub.

The area became ‘a celebrated resort for anglers [fishermen]’, and Alperton's countryside was a popular place to visit. Postcards featuring ‘Greetings from Alperton’ were readily available around 1900.

A local brickfield (where clay is dug up to make bricks) would have been used to build the Grand Junction Canal. Henry Haynes ran one such brickwork in Alperton. Haynes, the son of a local hay-dealer, owned 70 out of the 100 buildings in Alperton. Haynes was the largest employer in the area employing nearly 150 people, most of the people of working age in the village.

To accommodate the growing population, new cottages were constructed, some by Haynes. Haynes also paid for shops, a church and the new Alperton Park Hotel.

In the late 19th century, as the most industrialised village in Wembley, Alperton was famous for disgusting smells. The source included a sewage farm, two recycling plants producing manure, and three large piggeries. Around this time, punch-ups were common among the brickfield labourers, and bareknuckle boxing bouts and cockfights took place on Sundays at Honeypot Lane.

The decline of the brickfields, and the creation of Wembley Urban District Council in 1894, led to a reduction in anti-social behaviour and improvement in air quality.

From 1828, there was a Baptist chapel on the site of the present Alperton Station (which opened in 1903). The first Anglican church came later, developing out of a mission tent used for meetings on nearby Honeypot Lane. In 1904, a separate Anglican parish was created, and in 1912, St James' Church was consecrated to cater for growing numbers of people moving south from Wealdstone in Harrow.

From its opening in 1842, the nearest station for Alperton residents was Sudbury Station (now Wembley Central Station). In 1903, Perivale-Alperton Station (called Alperton from 1910) opened, along with an extension from Park Royal & Twyford Abbey Station to South Harrow Station. Unusually, the line from Acton Town to South Harrow was electrified. Power was supplied by a generating station next to the canal at Alperton, until, in 1905, Lots Road Power Station was set up to supply power to all of London’s electric railways.

The railway encouraged development and Alperton expanded rapidly after the First World War.

By 1911, there were rubber, fireproofing and motorcycles factories in Alperton. The construction of the North Circular Road (1921-34) encouraged more industry to move in from Park Royal.

In 1930, Honeypot Lane was still rural, but, by 1933, fields had been built over and Alperton was ‘developed’. A sub-Post Office (run by a self-employed postmaster) opened in 1934, the Plough pub was rebuilt in 1936, and a London Transport bus garage started running in June 1939.

Flick through this album of photos of Ealing Road in Alperton from the Brent Museum and Archives collection: 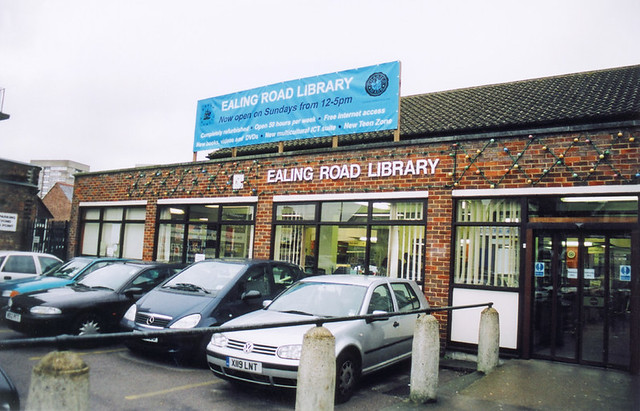 In the 1970s, Ealing Road was an unimportant 'secondary parade' facing possible demolition. Then East African Asians, mainly Gujaratis, rejuvenated the area, taking over shops along the high street. Ealing Road has since become known as ‘Little India’ with many shops selling food, clothing and jewellery for the local Gujarati population.

Alperton has one of the highest populations of black, Asian and minority ethnic (BAME) people in London. In 2011, 64.6% of Alperton’s population identified as Asian or British Asian.

Find out more about this area by looking at our local history articles, written by volunteer researchers and members of local history societies: